Showing posts from September, 2018
Show all

September 25, 2018
Welcome to my Tuesday weekly blog on my Pegasus website. Today I would like to do a few things that are a bit different from my other blog postings and that is to answer a couple of questions that I keep getting from folks as I go around town.

The first question often asked is :What is this Pegasus thing? The simple answer is that I founded Pegasus to be a collective collaboration of several very talented creative artistic friends to work on a few projects and events during the year. These projects include an Author Expo, ShakesBEER pub crawl, Downtown Dicken's this year with plans for Haunted Tales, A Renaissance Faire, a murder mystery or two and a touring stage play. The second part, and maybe even more importantly, it is a group that lends support, a sounding board and often much needed man power to each individual members solo projects. Hopefully, over time I will not be hearing this question on a daily basis, as we become better publicly known.

On Wednesday (Tomorrow) at 6pm at the Morton Center, 222 N Chauncey, West Lafayette, room #205 at 6pm Pegasus will be holding auditions for three projects. Downtown Dickens , Wake Me Up, I'm Not Dead Yet and Angel Eyes the musical. These are by appointment only, so contact Tracy through the website or tracy.pegasus@gmail.com to reserve a spot.

On Thursday IFN (Indian Film Network) will be meeting at 6pm at the Eastside Nine. Contact Nate or visit Indianafilmmakers.org. Also this Saturday Nate will be promoting the Batman Comic-Con at the Logansport Airport. call 574-722-3237 for more information.

Brian is off to St. Louis today for a Author Show which is the perfect way to slide into our own Pegasus Author Expo. Spots for the November 11th show to be held in Lafayette are filling up fast, so if you are or know a local author contact us to sign up.

Civic Theater is presenting "Sylvia" this weekend. Went last week, it is hilarious! I highly recommend it to anyone who loves dogs.

Speaking of Civic Theater, our sophisticated … er, uh … Pub crawls called ShakesBEER will begin  in the lobby of Civic Theater on both November 16th and 17th with doors opening at 7pm. We will be stopping at 7 locations throughout downtown, listening to Shakespeare Sonnets and some awful farcical adult themed translations as well. All while enjoying libations provided by downtown bartenders and barmaids. Tickets for the event are only $10 per person and they will be made available to anyone over 21 at each participating location.  As of this morning we have 100% confirmed participation from, Civic Theater, Thieme & Wagner, Digby's Pub, Knickerbocker Saloon, and Professor Joe's. I am still waiting to confirm the final two stops on the crawl. Will have for next weeks blog.

Let us start out with this exciting news from Pegasus member Nate who not only runs Indiana Film Network (IFN) but is currently promoting the 15th annual Batman comic-con this month at the Logansport Airport on September 22nd and 23rd. for more info call 574-722-3237.

The Pegasus Author Expo is set for Sunday, November 11th at the Lafayette Adult Resource Academy (LARA) on 1100 Elizabeth St in Lafayette. The event will be from 10 to 4 and benefits LARA. We are signing up authors from multiple genres and from all around the Midwest. Stay tuned for more details.

The Pegasus members are currently finalizing details for Novembers' downtown Lafayette pub crawl being billed as ShakesBEER. Williams top twelve sonnets will be recited as well as some farcical translations through out the night. More details to follow in the coming weeks. 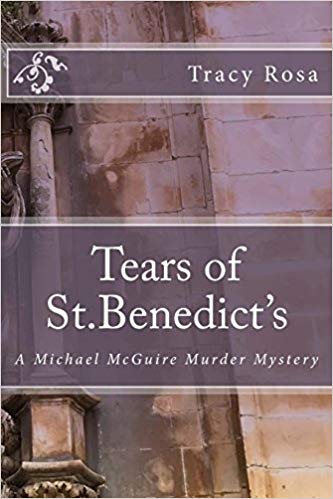